Sergey Baloyan
Entrepreneur, X10.Agency Founder
NFT YouTube Accounts You Need To Follow
The advent of blockchain technology has created great opportunities for people to earn thousands and millions of dollars from the comfort of their homes. Such opportunities include non-fungible tokens (NFTs). According to a report released by Research and Markets, the world's largest market research store, the NFT market is projected to grow by $147.24 billion from 2022-2026.

The future looks great for NFTs, and you can be part of those making good money from it if you follow the right people. This article will explore the top-performing NFT YouTube accounts for you to follow. Keep reading if you wish to know the latest update about NFTs and how to leverage the growing opportunities. 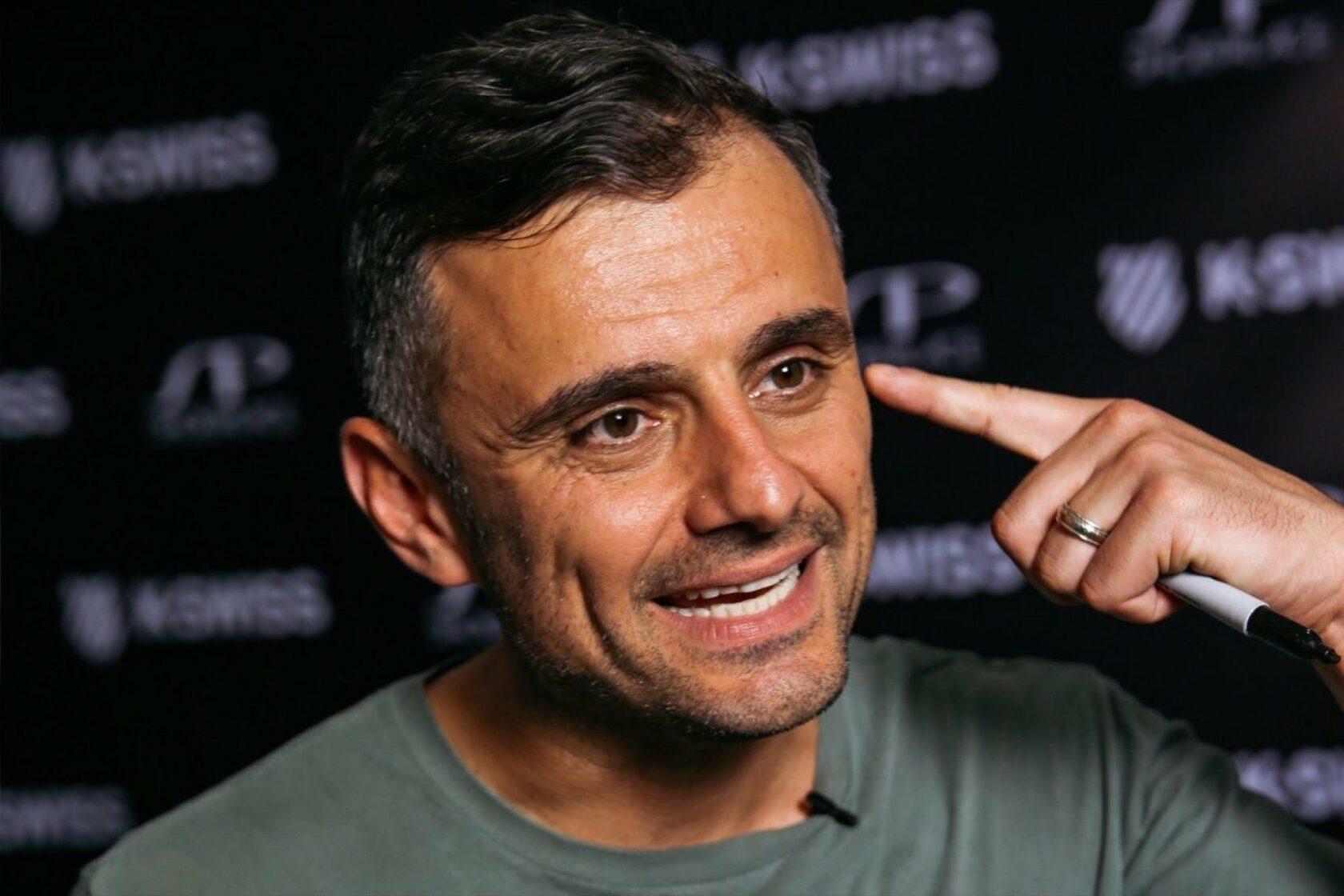 One of the top NFT Youtube accounts you need to follow is GaryVee, real name Gary Vaynerchuck. Gary is a Belarusian-American businessman and founder of the VaynerMedia and VeeFriends NFT project. In 2021, he made $90 million in 90 days from non-fungible tokens, and his NFTs generated $1.2 million in sales from Christie's auction. With his experience in the NFT market, Gary has dedicated his Youtube channel to educating and enlightening the general public on the potential of NFTs and what they hold for the future.

According to a report by CNBC, Gary hosted the first-ever NFT-ticketed event, a 4-day conference that attracted business leaders, web 3 evangelists, and entrepreneurs. The VeeFriends NFT comprises 10,255 unique characters and can only be bought with Ethereum cryptocurrency.
Alex Becker (1.32 million subscribers & 260 videos)
If you want the latest updates and researches about WEB3.0 DAO, metaverse, crypto, Play2Earn, and the NFT industry and to participate in different crypto contests and activities - Follow me on Twitter.

In the meantime, if you have any questions about crypto or you are a Crypto / GameFi / metaverse / NFT project and want to know more about how to promote your project, you can always contact me via Telegram (@baloyan).
P.S. Check out my previous articles at HackerNoon: 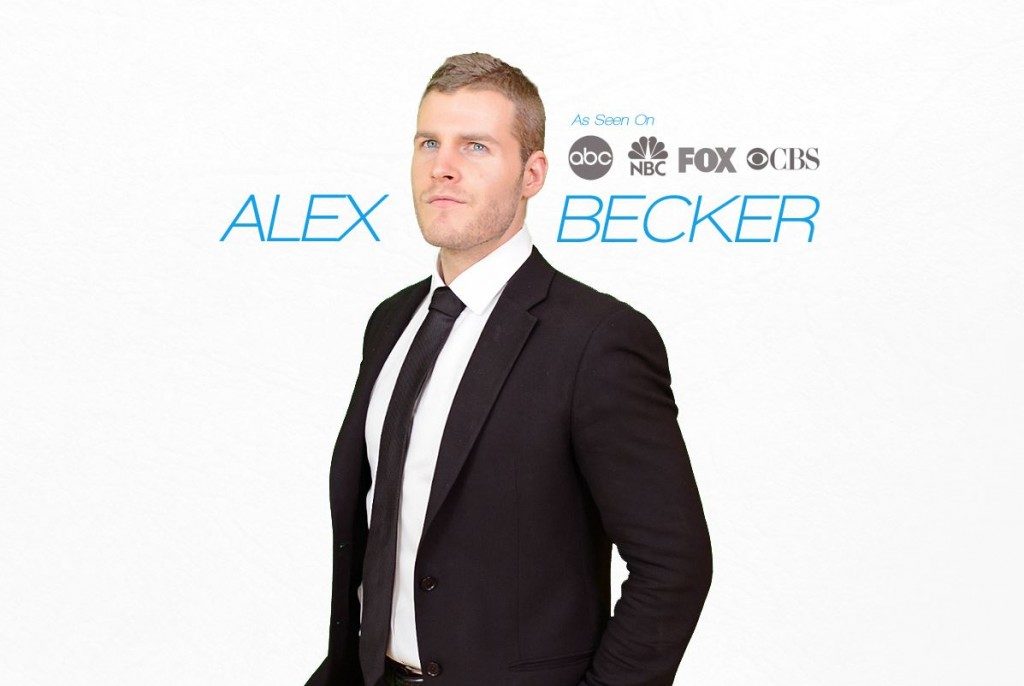 Like Gary, Alex Becker is also a serial entrepreneur, author, and speaker. Alex has been churning out information about NFTs and crypto projects on his channel. He has also released a guide on flipping NFTs and how to make money in the market. In one of his guides, he revealed how he made about $832,000 from flipping non-fungible tokens.

Recently, he has taken more interest in NFT gaming, where he analyses projects to pay attention to, and the prospects in the NFT gaming market.
Max Maher (904k subscribers & 1k videos) 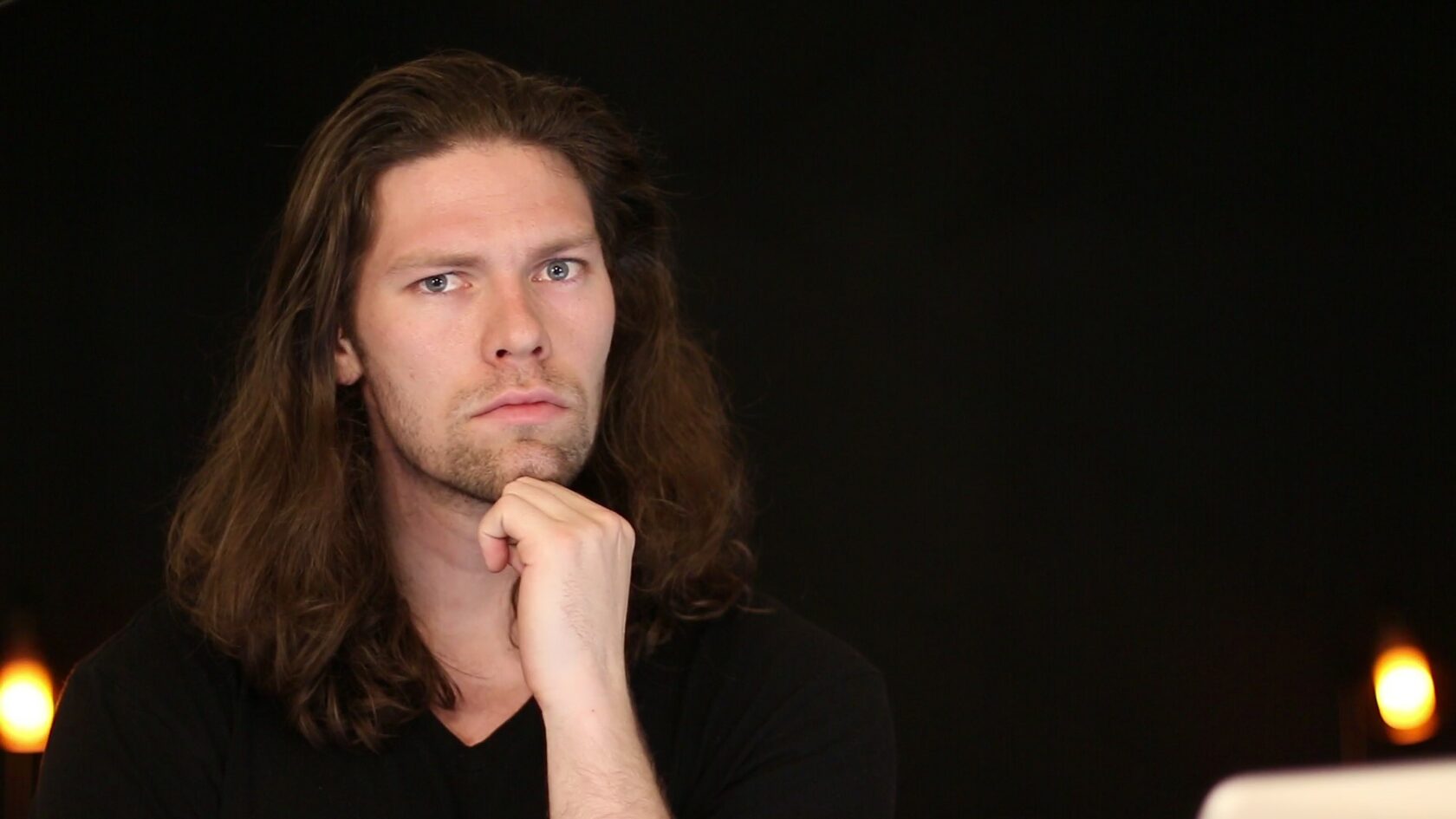 Max had a series of successful businesses before he decided to venture into the NFT space. As an entrepreneur, Max launched a company named Skinny Wimp Moving and a cleaning company known as PoolsMax, LLC. Max takes his time to explain NFT projects with huge potential, and the best ways people can get involved and leverage the opportunities in the market. Max joined OpenSea (largest NFT marketplace) in 2021 and has collected 17 NFT items and created 8 on the platform.

Since joining the NFT space, Max has created some interesting guides on buying and selling NFTs, identifying NFTs early before the prizes skyrocket, and many others. In addition, Max ensures he follows up-to-date information about the NFT market.
NFTsGuide (756k subscribers & 183 videos)

NFTsGuide strictly focuses on non-fungible tokens and doesn't concern itself with the crypto or stock market, unlike a few other accounts. Instead, the channel provides detailed sources on reviewing new NFT projects, getting NFTs for free, scalable NFTs, etc. So, if you are looking for a detailed step-by-step guide to help you get started in the NFT space, NFTsGuide is a good place to look.

This account is unique and interesting because it is exclusively about NFTs and nothing else.
NFT Verse (146k subscribers & 214 videos) 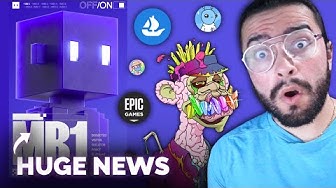 Like NFTsGuide, NFT Verse is a YouTube account focusing solely on NFTs. The channel analyzes multiple NFT projects and how-to guides for beginners to learn about NFTs and their growing market. If you are seeking for self-expalnatory tutorials about NFTs, NFT Verse is the right account to go to. The host also creates time to explain NFT market dynamics and market trends periodically. Followers are always kept in the loop on new information and opportunities in the market.
Brett Malinowski (136k subscribers & 116 videos) 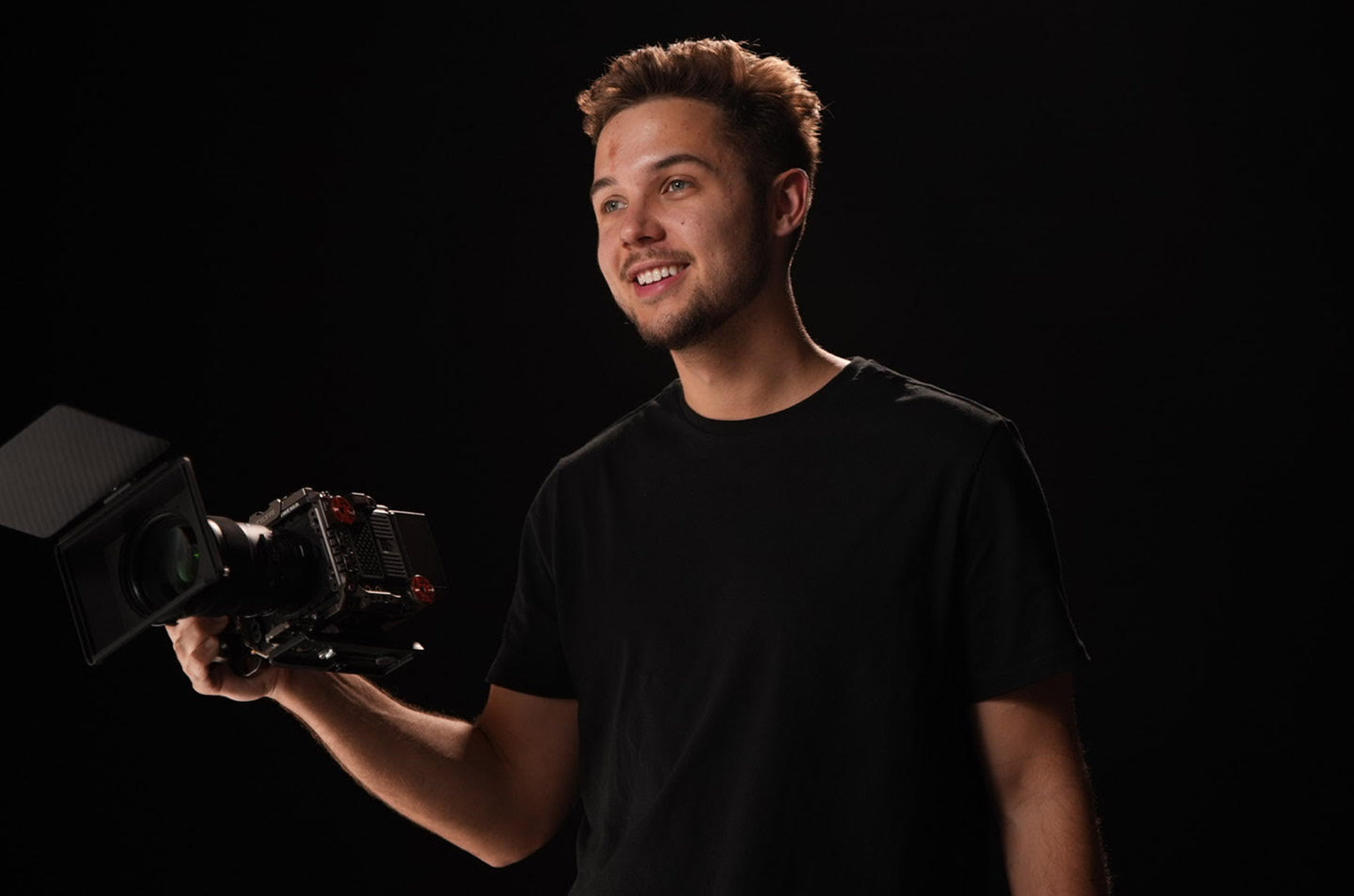 Brett is the CEO of WGMI Media and a leading NFT educationist helping to teach people about opportunities in the NFT market. He also founded an NFT academy where he teaches people how to integrate NFTs into their businesses. Additionally, Brett Malinowski created the Magic Mushroom NFTs, comprising 9,200 generative art pieces of mushrooms.

Brett has channeled his passion and love for NFTs into teaching others, to ensure they know about the prospects in the NFT market. He is undoubtedly one of the top personalities on Youtube, teaching newbies about NFTs and how to get started.
Many Youtube NFT accounts provide useful guidance and information for the general public, and we can't cover all channels in this article. Anyway, we will update it regularly with new and most useful NFT channels.

Meanwhile, if your are an NFT/Web3/Crypto project and need advice on promotion, PR and marketing, including Influencer Marketing, drop us a message!
Conclusion
How the Breakeven Level of Mining Allows to Determine the Pivot Point of BTC
Sergey Baloyan
Entrepreneur, X10.Agency Founder 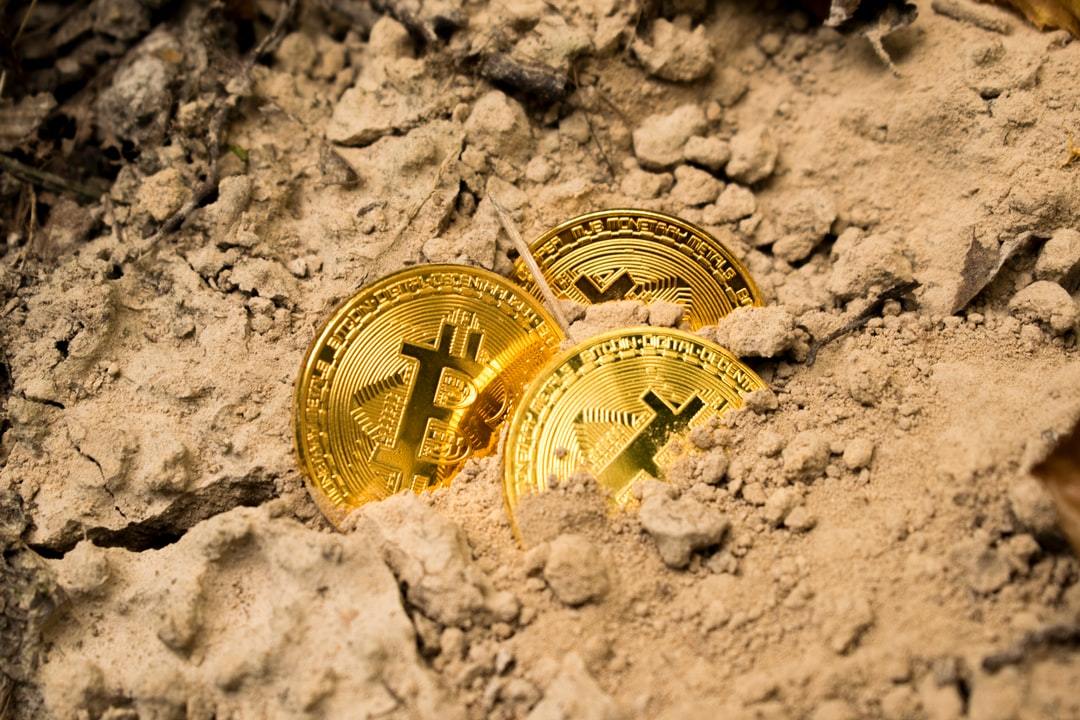 In recent days, the price of Bitcoin has fallen sharply, which has led to a decrease in network hash rate by 20%. It suggests an outflow of miners due to the losses, which has happened more than once.

We decided to investigate where the breakeven points of mining are located on the most popular devices, and how they correlate with the price. 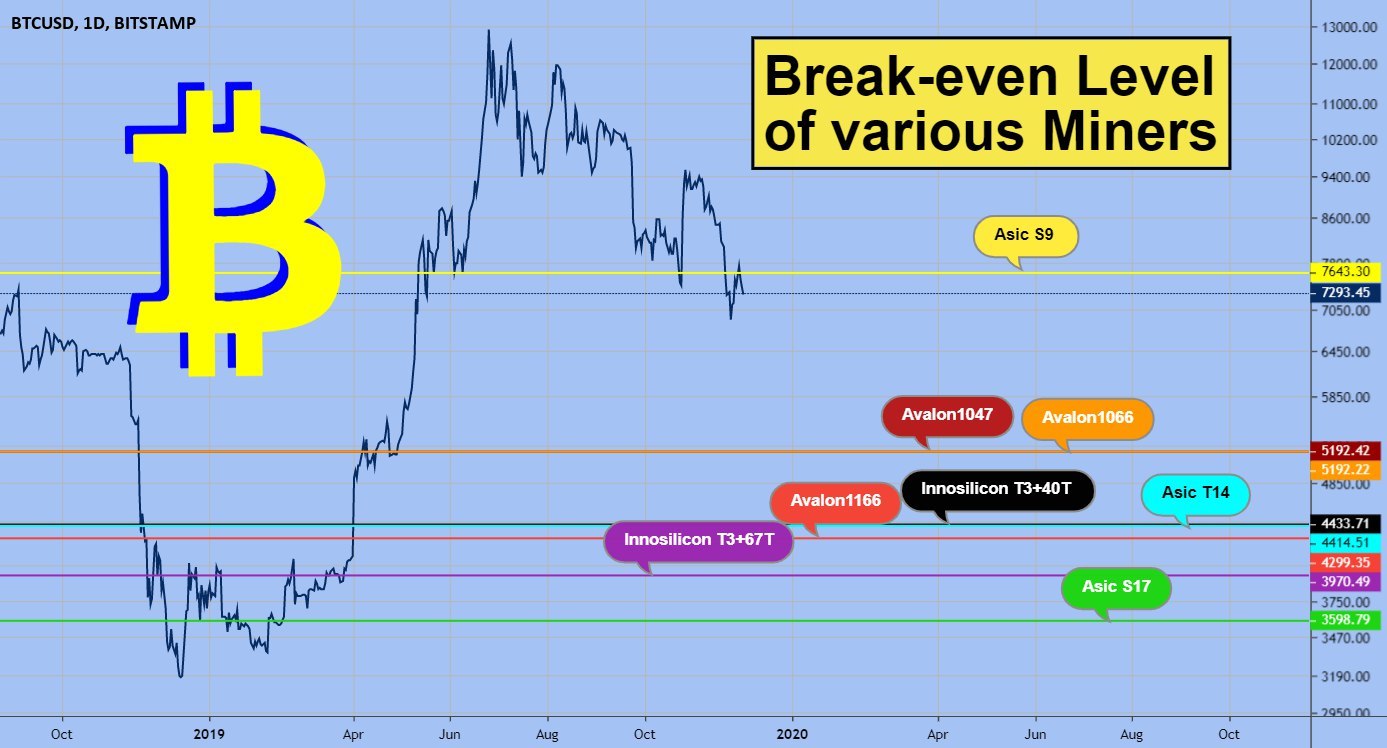 * To calculate the breakeven point, we took the average cost of energy for industrial companies from China at $ 0.075. We calculate for China because 70% of the mining power of Bitcoin locates in this country.
One of the most famous and widespread miners in the world, ASIC S9, has the worst break-even rates: to profit from this device, the price of bitcoin must be above $7,643.

The leader in terms of profitability at the moment is Asic S17 from Bitmain. It will generate profits until the rate drops below $3,598. The second and third most profitable companies are Innosilicon T3 + 67 and Avalon 1166, the break-even point of which is $3,970 and $4,299, respectively. All of the above models are flagships for the largest mining companies in the world.

If you look closely at the Bitcoin chart, you can find a clear relationship between the breakeven levels and the price of Bitcoin . So, the level of $7,500 was a key support area for the heading cryptocurrency for 6 months, and it was at this level that Asic S9 had zero profitability.

It could be a coincidence if earlier, we had not already observed how Bitcoin walks through these levels. Just recall the situation a year ago, when Bitcoin was trading at around $ 3,200 - $ 3,500. At that time, the break-even level of the best mining devices was near $ 3,000. And as history has shown, Bitcoin has not dropped below this level.

A large number of matches indicate a clear pattern. Therefore, it is worth paying attention to the following two levels: $4,00 and $4,500.

It is quite possible that Bitcoin will come to these very marks and, possibly, it will be that very bottom from which new explosive growth will be expected from us.
To get more thoughts and ideas about crypto industry you can Follow me on Twitter.

This analysis is done with the help of EXCAVO, #1 team of analytics on Trading View.